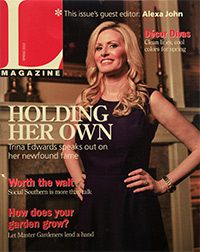 "The Art of Business and the Business of Art," Patricia Gannon, L Magazine, Spring 2013

"Both New Realm and In Our Veins are long narratives of thier own and each pertains to a single idea: strong, independent women challenging traditional myths, and the environmental relationship between human and other."

"Regardless of the ethos, which isn't always as obvious as some onlookers hope for, we find Amy's work pushes the boundaries of logic in various valuable directions. Art should provoke, and she certainly does."

"Balancing on the edge of both photorealism and pop surrealism, American artist, Amy Guidry paints nature with an intricate hand and an inventive mind. Drawing on various influential subject matter as varied as dreams and C.S. Lewis novel characters, Guidry's world of strange, human-like and captivating characters of animals lends the viewer an unusual insight in to her surrealist yet photorealist painted world – check out the skeletal characters contrasted with the intricately painted rock formations as testament."

"Her artworks, pending between a realism which is almost photographic and a pure transparent surrealism are present in private and public collections including the Zigler Art Museum, the Alexandria Museum of Art, the Schepis Museum, and the Cedar Rapids Museum of Art."

"...all three artists are increasingly accomplished, and their extraordinary imaginations, deftly transposed to paint on canvas, make this dramatically offbeat show very appealing for anyone with an appreciation for magic realism." 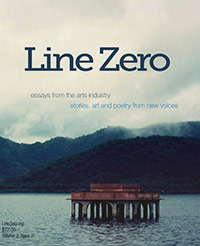 Amy's painting Symbiotic was selected as a Finalist to be featured in the Winter 2012 issue of Line Zero, a quarterly indie arts and literature publication based out of Seattle. 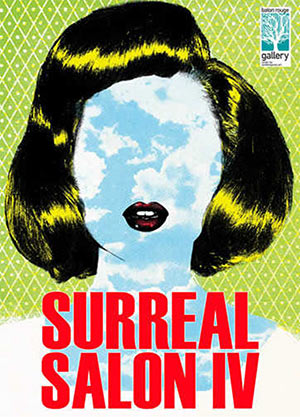 Selected for "Best of Show" award. To be featured in Juxtapoz and Hi-Fructose magazine as the winner of the Surreal Salon IV. 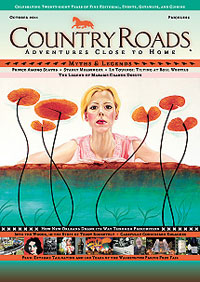 "Awesome, surrealist paintings by Louisiana artist Amy Guidry. Through her series "In Our Veins", Guidry explores themes of life, death and our relationships to each other and the natural world."

"In her New Realm series, Louisiana artist Amy Guidry weaves a new kind of story, as surreal as any myth yet grounded in modern strength." 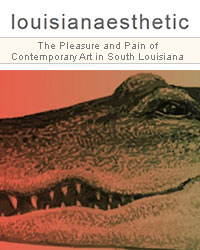 "Beauty and the Beasts in the New Realm," Reggie Michael Rodrigue, louisianaesthetic, July 22, 2012

"...Despite all these correspondences, Guidry isn't just repeating history, however. There's a new sensibility to these paintings that probably could not have been registered in Tanning's world of the 1940's. Whereas, Tanning painted herself and her heroines in slightly ominous domestic settings, Guidry paints herself in a forest of birch trees floating in a white void. In symbolic terms, Guidry has created a tabula rasa ready for a new investigation into what it means to be a Western woman in the 21st Century."

"The huge group show "The Great West Coast Migration" will make its way down the West Coast stopping at various galleries, and the stellar roster of artists will undoubtedly draw big crowds for this noble cause.". 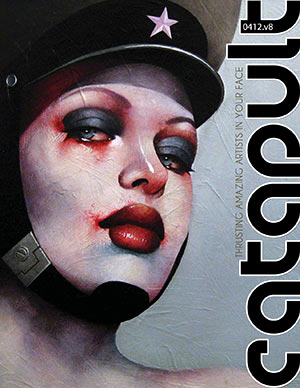 Amy's work is featured in a current spread of Catapult Magazine, Issue 8. 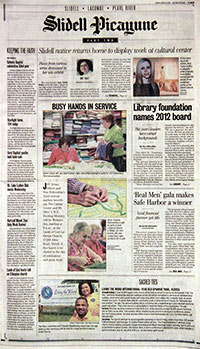 "'Hyperreality' to be exhibited through March 30 at Slidell Cultural Center," Kathleen DesHotel, The Times-Picayune, Sunday, March 18, 2012

"...the most appropriate word to describe the impact of the Lafayette-based artist's work is "intense." An interest in art and psychology surfaces in all of her works. We do not see just a lovely flower or a cute animal or a pretty face; rather, we see commentaries on human condition, including an observance of our ironic behaviors and the contradictions of our habits." 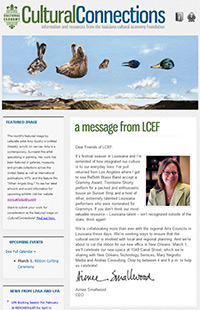 Amy was selected as the Cultural Connections featured artist in February 2012.  Her painting "Untitled (Heads)" is the featured image of the February issue. 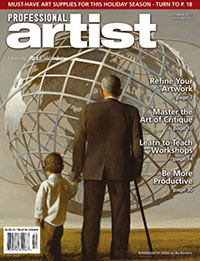 "...Amy's website serves as an integral component to communicating the significance of her art. Her growing exhibition career has led to more opportunities to discuss her messages with the public."