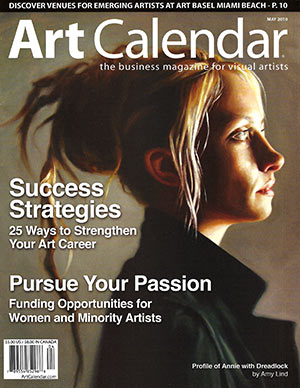 Amy Guidry (www.amyguidry.com) loves investigating the hidden aspects of human nature in her art.“In general, I focus on people and the psychology behind people — not just our interactions with one another, but also with the natural world and the animal kingdom,” she explains. Naturally, Guidry’s fascination with psychology fueled her attraction to surrealism as a subject: “Surrealism was the marriage of my two loves: psychology and art. It was just a natural progression for me to find that subject so interesting and to incorporate it into my work.”--- . 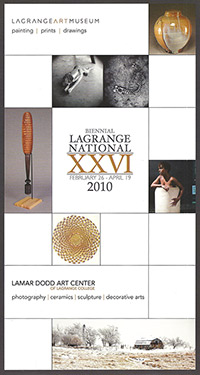 The exhibition features the works of 110 artists from 39 states and the District of Columbia. The art was selected by the juror, Dr. J. Richard Gruber, retired director of the Ogden Museum of Southern Art in New Orleans. Paintings, prints and drawings will be exhibited at the art museum, 112 Lafayette Parkway, while photography, sculpture, ceramics and decorative art will be shown at the College’s Lamar Dodd Art Center.

John Lawrence, Fuller E. Callaway Professor of Art and Design, said the event is upholding its tradition of excellence.

“The LaGrange National Biennial continues to attract some of the finest and most exciting new works by professional artists from throughout the country,” he said. “While we do not assume that this exhibit is a definitive representation of the new directions of American art, it is testimony to the diversity and vitality of current visual expression.”

This exciting exhibition will feature the work of contemporary artists from across the country shedding light on the lasting effects surrealism – one of the most intriguing movements of the 20th century – has on the way that contemporary art is created in the 21st century. 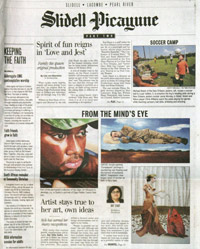 "With works that express growth, transformation and insight, Amy Tubbs Guidry, who grew up in Slidell, has become an artist of distinction. Her interest in psychology flows into her artworks. She paints within a themed series and brings interpretations and insights to her works." 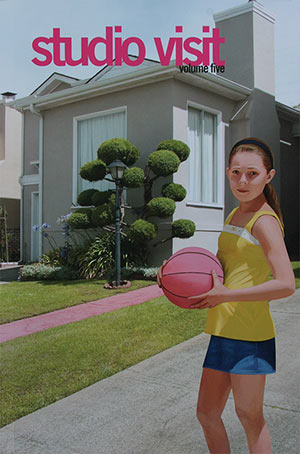 Amy's painting, "Adaptation" was selected for the fifth volume of Studio Visit Magazine, published by The Open Studios Press.

The juror was Michael Klein, an independent curator and private art dealer. He is the former Director of the International Sculpture Center and the former Curator of the Microsoft Collection. 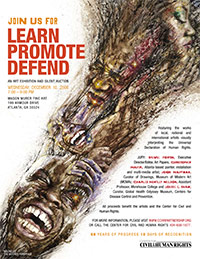 "Amy’s work has been selected for the Learn Promote Defend exhibition and auction to be held at Mason Murer Fine Art in Atlanta, GA. The event will take place at 7 pm on December 10th, 2008. The exhibit features 37 international artists selected by an internationally recognized panel of jurors..." View Invite as PDF.

"The exhibition features contemporary art which interprets and/or comments on American culture and politics, democracy, and current events specific to our country. In this diverse exhibition that includes sculpture, electronic media, textiles, painting, photography, printmaking, drawing, and graphic design, fifteen artists from across the country depicts themes of current Americana." 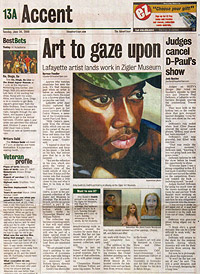 "Guidry's portrait, 'Cedric,' is now in the permanent collection of the Zigler Art Museum in Jennings. The 26 inch-by-22-inch, acrylic on canvas portrait is part of the museum's Louisiana collection, which also includes works by Clementine Hunter and William Tolliver."

"We are pleased to add Amy's painting to our collection of Louisiana artists, especially being a unique portrait of a zydeco musician," said Dolores Spears, director of the Zigler Museum. 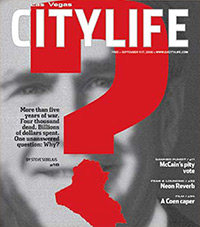 "Straight out of Lafayette, Louisiana, arrives portraitist Amy Guidry, whose paintings walk a fine line between photorealism and pop surrealism. There are many touchstones in her work — everything from Lewis Carroll’s fantasy images to Dave McKean’s graphic novel illustrations..." View article as PDF. 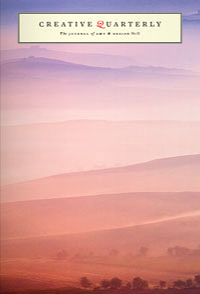 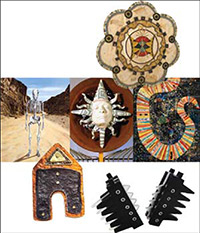 "For Guidry, who sometimes pours more than 180 hours into a single photo-realistic painting, 6@549 offers explorative opportunities. 'We were left to our own devices really, and that was one of the great things about this show, that we had artistic license,' Guidry says. 'We’ve worked together so obviously everyone feels comfortable knowing that we’ll all produce good work. It was great to let us go our own way."

Click the View Article link for a PDF, or view the article at theInd.com. 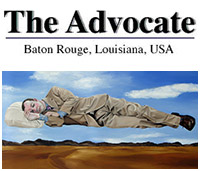 “We’re excited about having this year’s Surrealist Salon in the gallery — it’ll be the first time in four years that we’ve hosted a national competition,” John Michael Byrd said. Byrd is special events coordinator for the Baton Rouge Gallery Center for Contemporary Art, which once hosted a yearly celebration known as the Surrealist Ball.

Well, that event is no more.

Oh, it hasn’t ended. It’s just changed, so the ball is no longer just a ball but the Surrealist Salon and Soiree. “We decided to change the name last year, because the event was always about the ball, and we wanted it to be more about the exhibit,” Byrd said. 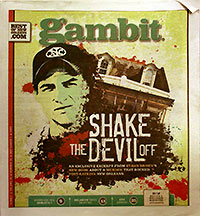 "...This year's entries reflect a resurgence of painting and realistic imagery — apparently at the expense of sculpture, photography and installation art — despite the fact that painting has been routinely declared dead for at least the last hundred years. Even so, this does not necessarily portend a return to pictorial stodginess. Many of the works suggest an engagement with contemporary social, political and environmental issues. For instance, Amy Guidry's acrylic painting Everything's Coming Up Roses depicts a man in a dark suit, black oxfords and American flag pin of the Bushera watering roses sprouting from human skulls seen in a terrarium-like cross section of a landscape..." 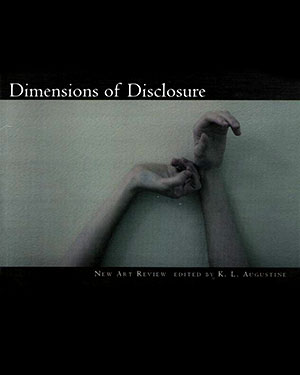 Amy's painting, "Adaptation," was selected for inclusion in "Dimesions of Disclosure." The book is published by the New Art Review and features self-portrait work by various artists around the country. 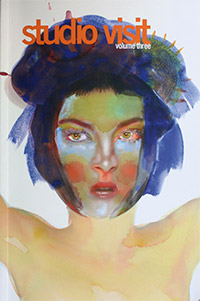 Amy's paintings, "Metamorphosis" and "Adaptation" were selected for the third issue of Studio Visit Magazine, published by The Open Studios Press. The juror was Carl Belz, Director Emeritus, The Rose Art Museum at Brandeis University. More than 1,000 artists submitted work.

"I was thrilled they asked me to participate," Guidry commented in a recent telephone interview. "In a juried competition there are always thousands of entries and it is difficult to get chosen. There are a lot of good artists competing and I didn’t expect to get in.

And being affiliated with a rights organization of this calibre is indeed an honor. It is a benefit that works both ways: it helps me get exposure as an artist, and I am helping expose and promote their ideas to the public." 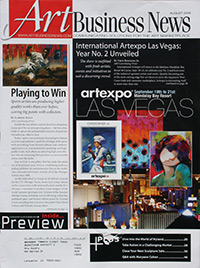 "Artist Amy Guidry held an exhibit titled "Inspirations" at the Zigler Art Museum highlighting her Surrealist pieces that challenge the antiquated views of women often seen in fairy tales. Guidry is shown with Troy Broussard, exhibition coordinator of the Zigler Museum. An installation view of Guidry’s latest series of paintings in the museum is also shown." 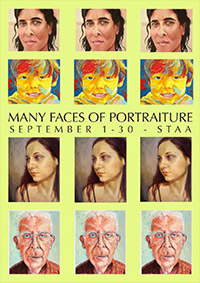 Faces Light Up at STAA's "Many Faces of Portraiture", Roberta Carrow-Jackson, August 22; Internet

"Faces will light up at the St. Tammany Art Association during this month's Second Saturday Evening Stroll in downtown Covington when STAA hosts the opening reception for its new show, Many Faces of Portraiture. Featuring portraits by the likes of Katherine Buchanan, Adrian Deckbar, Alan Flattmann, Amy Guidry, Peggy Hesse, Bernard Klichman, Isoko Onodera, Lyn Taylor, Alexander Stolin, Elise Toups, and more, a reception welcoming many of the exhibiting artists will be held Saturday, September 13 from 6-9 pm at the Art House, 320 N. Columbia Street." View article as PDF.