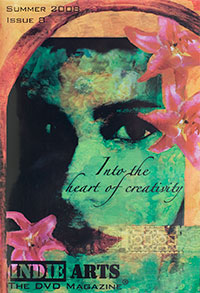 Indie Arts Magazine features Amy's New Realm series and Social Commentary series. She was selected as one of their solo gallery artists for the Summer issue. Indie arts uses a video format to interview artists and display fine art, sculpture, and media. 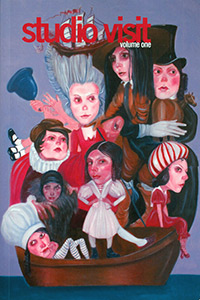 Amy's paintings, "Out For a Run" and "Girl on Campus" were selected for the premier issue of Studio Visit Magazine, published by The Open Studios Press. The juror was Michael Lash, a Museum and University Arts Consultant and the former director of Public Arts for the City of Chicago. More than 1,000 artists submitted work and 250 were chosen. 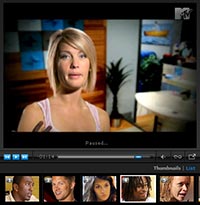 Amy's painting "United Isolation" was one of the artworks selected to decorate the house of Real World Season 20. The painting is outside of the telephone room and can be seen from several rooms in the house. 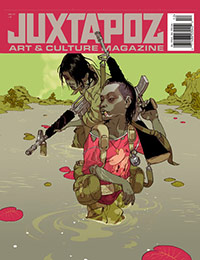 Amy Guidry's work was selected from the numerous entries recieved for inclusion into the Juxtapoz online gallery. 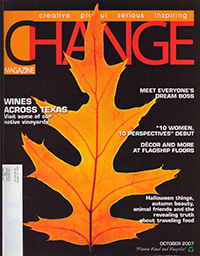 ...Louisiana artist Amy Guidry's portraits are large, close-up images of faces that border on photorealism. "The focus is on the human experience as a whole - who we are, where we come from and how we interact with one another," Guidry writes. "The compositions are done in a dynamic manner so as to bring the viewer a more intimate look into the subject." Kendrick explains that just as Georgia O'Keef's blown-up images of tiny flowers demanded attention, the scale and distortion that sometimes takes place in Guidry's large images also helps the viewer see the image in a new way... 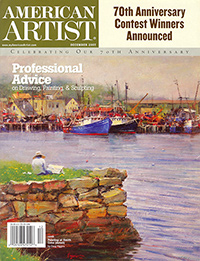 1st Place Winner, Acrylics. "I choose my subjects based on their features and expressions, but I also choose on a more intuitive level," says Louisiana artist Amy Guidry... 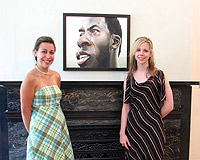 "This is really a great show," STAC Director Allison Cruz said. "The work is absolutely wonderful."

"Ms. Smith-Stewart was chosen to jury the exhibit because of her fresh and unique approach to the arts. A former curator at P.S.1 Contemporary Art Center and The Museum of Modern Art (P.S.1/MoMA), and an in-house curator for Mary Boone Gallery in Manhattan, Ms. Smith-Stewart is currently curating three VIEW exhibitions at the Mary Boone Gallery. Her new Smith Stewart Gallery specializes in finding and cultivating new talent while producing a dynamic roster of exhibitions." 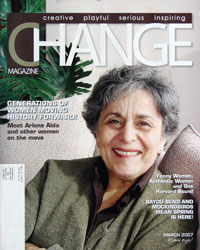 "There is an art to celebrating art, and if the excitement that is already evident for the "10 Women, 10 Perspectives" exhibit scheduled in November is any indication, then The Arts Alliance Center of Clear Lake has a masterpiece in the works."

"I have never signed up with any event so fast as I did with this," admits Shirley Terry, CEO of Beyond Beaute. She, along with Carla Medlenka, Publisher of Change magazine and leader of the "Change Empowerment Series for Women," are co-sponsors of the exhibition, which will feature the works of ten emergent women artists from this area." 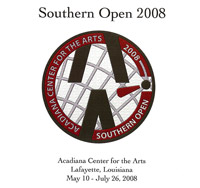 Amy's painting "Anti-Aging" was selected for the Southern Open 2008 at the AcA in Lafayette, LA. The juror was Peter Frank, an art critic and art historian, who regularly contributes to LA Weekly. The exhibit is comprised of works by 5 states- Louisiana, Texas, Mississippi, Alabama, and Florida. Over 770 entries were received and 105 of those were chosen to be included in the exhibit. 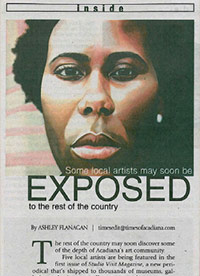 "All five of the artists will have their art seen by 'almost every major museum and institution,' says Wynne, across the United States. The Web site for the magazine boasts that it ships to 2,000 curators and private collectors.

According to Amy Guidry, appearing in the magazine is a boon not just for her and the other featured artists, but for the whole Acadiana art community." 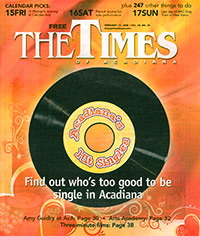 "Women in Focus: Amy Guidry's New Exhibit at the AcA Gives a New Spin on the Damsel in Distress," Ashley Flanagan, Times of Acadiana, February 13, 2008; p30

In most classic fairy tales, the pattern is clear: A young woman finds herself in danger, and it's up to Prince Charming to ride out on his white steed, slay any troublesome witches or dragons that get in his way and rescue the fair maiden with a kiss.

But that's exactly what won't be happening in New Realm, an exhibit showcasing a series of fairy tale-inspired paintings by Amy Guidry." 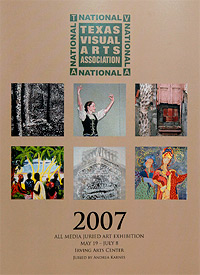 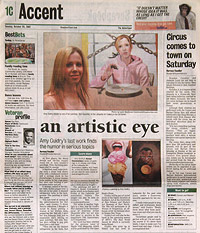 At first glance, the sharp details and life-like images stand out in Amy Guidry's paintings. Then, the biting messages start to emerge...

My work explores the human condition- who we are, where we come from, and how we interact with each other and our environment. By examining our tendencies and thought processes, I strive to engage the viewer through a personal connection to the subject. This, in turn, can also lead the viewer to do his or her own reflecting and personal examination. My style of painting very much follows that of contemporary Realism, but particularly with this piece, is also influenced by the psychological aspects and dream analysis of Surrealism. 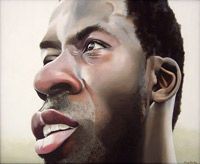 FINE ART- The Smithtown Township Arts Council will be presenting the 31st Annual Juried Fine Arts Exhibition at the Mills Pond House Gallery in St. James, June 10 through July 14. An opening reception will be held on June 16th, from 2 to 4 p.m. Regular gallery hours are Monday through Friday, 10 a.m. to 5 p.m., and weekends, from noon to 5 p.m. Admission to the gallery is free. Pictured is Amy Guidry’s painting, "Out for a Run," which won second place. 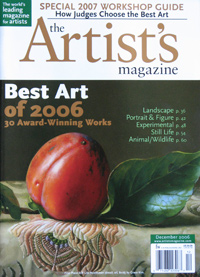 Listed as a finalist in the "Portrait and Figure" category of the Artist's Magazine juried competition. Juried by Everett Raymond Kinstler.